A friendly and supportive place to meet and share with women from all over the world. Ask questions, share in discussions, journal your thoughts and post helpful information. 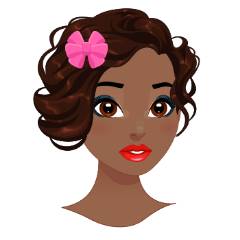 I am ttc 2 months now and no luck, hope it happens this month. 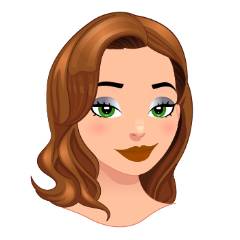 My symptoms by dpo up until my BFP

1dpo-nothing
2 dpo-itchy breast
3 dpo-shooting zapping pain in left boob, felt like lightening. Let down feeling too.
4 dpo- back ache, tired, sensitive smell
5 dpo-lots of lower back pain
6 dpo-tired, backache, had a dream I took a test and it was negative, so I did and it was negative
7 dpo- very tired
8 dpo-lower backache, a lot of acne around chin
9 dpo-back pain, negative test
10 dpo negative test, loss of appetite
11 dpo-had a dream I got a positive test. Took a test and got a positive frer!!!!!horrible lower back pain.

Actually i didn't notice any symptoms except milky discharge that stretched i was 6dpo then i saw this discharge at 7dpo also .
8dpo i had this metallic strong taste in my mouth when i woke up i was angry because it was much i couldn't eat .then i felt this sharp shooting pain in my nipple also some pinching and shooting pain in my uterus at 9dpo nothing except a pink/orange discharge when i wiped
10dpo nothing
11dpo period cramps that was extremely dull with cervix pain.
12dpo tight feeling that comes and goes then i felt like testing and it was a very faint BFP i bursted into tears
Today 14dpo breast and nipple itch so bad while nipples feels like there is a pin in it. ...hope this helps someone i decided to post cause i got strength from other peoples success stories thanks to all of you mummies expectant,TTC baby dust to every. 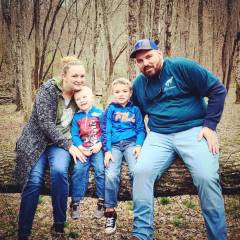 FINALLY!!!! After a total of 5 miscarriages (3 since ttc #3), we FINALLY have a baby with a heartbeat and measuring on time!! Baby #3 is actually measuring a day ahead than I predicted!! EDD 3/29/21 now!! TTC #3 has not been easy. We had a chemical that almost required surgery because my hcg levels wouldn't drop after already bleeding and passing everything, a blighted ovum at 7 weeks, then a late chemical pregnancy. I have the genetic disorder MTHFR (2 copies of same gene) and I've been taking all my vitamins needed for this, so it's been a rough ride. My first two losses happened before we had our two boys. 19 week missed miscarriage was our first heart wrenching experience. Then a chemical. Then we were blessed with our oldest son, Tim. Wyatt, our youngest, came without any issues and first try

not sure how that happened

So we assumed #3 would be a breeze since Wyatt was so easy.... were we ever wrong

But, after almost 2 years, we finally have a sticky, growing, healthy rainbow bean in there

and I can't wait to meet her/him

BABY DUST LADIES!! Never give up!! 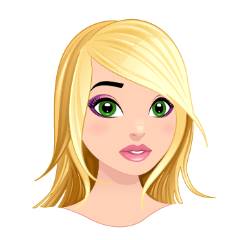 7 years and then an miracle occurred

I wanted to share my story to give other couples ttc hope. I had a daughter in 2012, after having her I wanted another child, My husband and I tried for years to no avail. sometime last year I decided that with our age it was highly unlikely. I ovulated every month , all the test came back normal. I did try medication to help my eggs mature faster, all attempts failed for years. I honestly stopped tracking my ovulation. I stopped saying its go time to my husband. Eventually we accepted the idea that it probably wasn't going to happen for us. We had a beautiful child together , so we chose to be thankful for having her. Although in all honesty it stings to realize , something you wanted so bad for so long , a dream you fought for , had to end, we had to let go of our wish. It was sad . On April the 3rd 2020 , I found an ovulation test in my drawer and thought what the heck , just for kicks, I tested. It wasn't positive but I could tell it wasn't far off. (or so it seemed). I let it go and about six days later , I had one romantic night . Of course my mind didn't even think back to the test ( for hope) because I thought I had already ovulated. To be quite honest I had tracked my ovulation for 7 years and it never helped. on April 18th 2020 , I went to sleep and had a dream about a dear lady I loved whom had passed and My dad whom had passed a year ago, They were standing side by side , smiling and she handed me a baby in a white blanket. I took the baby and my dad touched my hand and I could just feel this over whelming amount of love , he slowly walked away and she slowly disappeared. When I woke up , I went into the kitchen and told my husband , that I needed to buy a pregnancy test . I remember the look on his face like what? huh? I was like I had a dream that I was given a baby , lets go. So Before he finished his breakfast I had him out the door. I didn't want to spend a lot of money , because a major part of me thought it wasn't possible. Also a part of me thought I'm doing this because of a dream. I didn't want to put myself through another negative test . However there was this nagging thought, I never felt so much love from a dream before. My dads hand felt real. I drove to the dollar tree and got a test, went to Walmart and got the cheap .88 cent test. I came home and took the test and I saw a faint pink line. I told my husband, I think I'm pregnant. I handed him the test and he said I see it. I shared it on this site and people were so positive. I'm thankful for receiving this blessing. I pray for each person on this site. I know the struggles, the tears, the not another month, not another negative test. The I swear I see a line, even when no-one else see s it. I know the mental toll it has on our mind and the pain that twist in our hearts. Its a hard , tough , journey , However if you get the opportunity to become pregnant , Your childs story was about the strongest desire for them to be with you. I pray you find strength, courage, and self love no matter the outcome. It is possible , it can happen even when you think its impossible. Best wishes . Baby dust to all

Never give up hope - miracles are possible

Hi everyone.
Just a story of my journey; don’t ever give up. I never.!

I began ttc quite some time ago -
My first mc was Dec 2013. Advised likely chemical.
Long story short; after ttc for a long time; not successful

2017;
investigations etc, I eventually got a diagnosis August 2017 for endometriosis. Had surgery to remove.
Had all the tests beforehand and all hormone levels came back fine and partner fine.
Repeated after surgery and again all ok. No issues identified.

Told I had unexplained infertility. Was ttc over a year prior to diagnosis of endometriosis.
Told I’d unlikely conceive naturally or without help!

2018;
Referred for HSG test and to fertility consultant Feb 2018.
Low and behold - at appointment they do urine sample - pregnant! Discharged from them.
Sadly ended in mc 9 weeks April 2018..
Large bleed within sac and baby hb stopped.
Surgical removal due to issues and risk as I’m rhesus negative.
Tests carried out - nothing abnormal identified - ruled as a likely loss of natural cause.
Gave all clear ttc again.

Booked back with consultant - again got my BFP week before my appointment!

Referred for beta hcg and ultrasound -
Beta hcg taken two days apart - all fine and increased well.
told had pregnancy of unknown location at scan and likely ectopic - sent home and scan rebooked for two weeks after.
Attended scan - confirmed I had a likely continuing NORMAL pregnancy. Dated perfect at 6wks 3 days. Over the moon.

Fast forward -
first dating scan received after all booking in with midwife etc...
Was very scared as had been severely affected by morning sickness and terrified something would be wrong - scan went perfectly well and baby measured 3 days ahead at 12+6!

Currently 25+2 with my miracle rainbow..
Pregnancy going well and looking forward to welcoming our bundle of joy.
DD 19th april 2019

I got my confirmation today, took one very faint first response yesterday with a VERY faint line, took a digital test later and it said yes. Took another digital this morning, also positive. I think I’m at 10 or 11 dpo today! Due date March 1 2021

Did anyone get a very faint or faint bfp on a blue dye test and end up being pregnant????????? 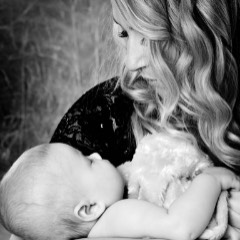 Baby No#4 and giving hope to all

Hi all
So I’m due baby no#4 on 30th November. I already have a son and twins from ivf. In between my treatments I fell pregnant naturally but miscarried and now I’ve fallen pregnant naturally again and this baby looks perfect. Baby is small but all our children have been small - we just have small babies haha!
So 4 years after I started ttc I finally held my 1st born in my arms from a fet, then to be surprised with twins from a fet and now a ‘pull out method’ baby!!!
Will have 4 under 4 but I will love every minute.
The tears and heartache are worth it in the end and even people who have been trying for 10+ years make it. Don’t give up hope, seriously don’t. I did and mentally it took its toll. Stay positive all, treatment works.
I hope everyone finds their golden ticket in the raffle of ttc and that my 4 children give everyone hope xxxxxxxxxxx

Baby #6 ???? have 5 boys already so hoping this is our little dream come true. After a cm last month it made me realise i wasnt done yet, used fertility plus applicator this time and have conceived straight away! I have pcos and struggled to conceive my 2nd 3rd child. If you havent already tried concieve plus with the applicator I strongly advise to try, definitely worth the money. Good luck every1 x