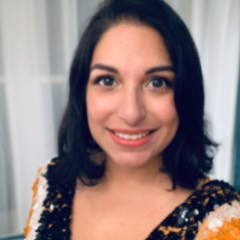 "Everyone talks about the positive results, but we rarely hear about the struggles of the negatives.

We rarely talk about waiting for the screen to fill up and noticing it skipped right over the first line that should’ve been there and goes right to that solo second “not pregnant” line.

Or how we take a picture of the test with the flash off. Then with it on. Then upside down in a handstand. Then editing the picture to make it lighter or darker or crisper or blurrier, trying to see if any angle or any edit can make those 2 pink lines visible.

We rarely talk about how before we take the test, in our minds we count out to see what month the baby would be born in and think about all the cute ways you can announce.

It starts with picturing that you’ll be able to announce with something like “Red, White, and Due” on the 4th of July. Then it turns into possibly making a surprise trip home to tell the family before summer is over. Then August and September pass and you decide it’s okay because announcing at Halloween is just as exciting. And then Halloween passes and you still haven’t gotten a positive.

They tell you stressing over it just makes it even harder for it to happen, so you try to pretend you’re not stressing (let’s all get a good laugh out of that one) because apparently that makes your whole reproductive system turn on you. But you can’t help but panic a little when the months keep going by and you don’t have a brother or sister in there for your current child and the idea of having them close in age becomes more and more of an unrealistic fantasy.

We don’t talk about how shitty we feel about ourselves when we see another pregnancy announcement on our timeline and for a split second, we’re jealous. How you can be so happy for someone at the same time that you’re envious of them.

Regardless of how long you’ve been struggling this struggle or if you struggled with it in the past - I see you, I feel you, I am you.

“...you can’t help but panic a little when the months keep going by and you don’t have a brother or sister in there for your current child...”

Or not having a child at all... Imagine the panic and pain when you realize you might never be a mother! I unfortunately have to deal with it!
Keep strong Scuba! It’s a really hard journey! Everything happens for a reason! I won’t tell you that is gonna happen because clearly I cannot know that but I can tell you that you got pregnant and gave birth once, you got pregnant last cycle by your own when doctor said you couldn’t.. don’t give up! Chances are on your side! I have faith that you’ll make it soon!! I know how you feel..Hang in there!

@Alex I think about you all the time and hope for your little miracle.

It's just so hard sometimes to keep that hope and keep trying isn't it.

Financially we are struggling but can just about afford the assisted cycle but no more iui. At least for a while anyway. xx 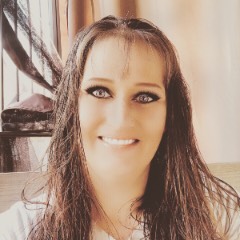 Reading this made me want to cry, because I too know the struggle . It isn’t easy and it doesn’t get any easier as the months go by. We tried for over a year and I’ve seen 100’s if not more negatives...All the Dr appointments, medications, supplements, timed sex with 30 mins of propping your legs up, peeing on sticks, shoving a thermometer in your mouth every damn morning...It gets very tiring and at the end of each failed cycle, you throw your hands up and vow that you have given up! You scream you cry and you get pissed! I couldn’t agree more, this topic isn’t talked about and it very much should be because it is very much real and a massive part of what feels like a never ending journey. I’ve spent a good portion of my TTC journey reading success stories and praying to God to give me a chance to experience that feeling again...And to be honest, I began feeling like I wasn’t heard by God and wondering what I’ve done to deserve this pain each month...I eventually fell into a very dark
place with this whole thing and one day I woke
up and felt different, like God had finally heard me and I remember a thought popped into my head...That thought was...God knows the desires of your heart

And from that moment on, I felt more at ease and confident that it’ll happen. I can’t say it enough, but I truly pray everyone on here finally gets their long awaited BFP

I cried a little reading this....praying for all of us to have little miracles. 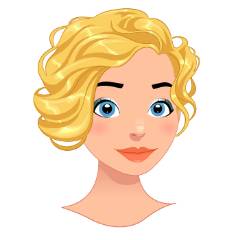 Oh this really got me 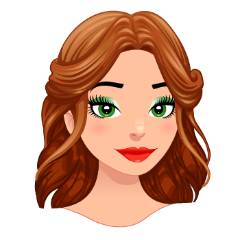 YES!! I feel this!! I've been trying for over 5 years now. It's hard to watch people test for a few months and then get their positive and move on. And even though I'm so super excited for them every time I deep down feel so sad and a little jealous. I've had 6 failed IUIs now but I just can't afford IVF. Here's hoping my time is almost here! Good luck to all of us, pregnant and trying!

This hit home so hard, my story does have a happy ending so I am hoping it will help you... I gave birth in 2011 to a beautiful boy, first pregnancy, no problems, we decided before he was 2 we were ready for another one, fell pregnant the first month, unfortunately that was the beginning of a long, hard and sad journey, I had 4 miscarriages, 3 in one year, I was lonely and sad, really sad, after the last miscarriage I was having suicidal thoughts, luckily I had my husband right there, we sorted out my health issues and fell pregnant, to say I was a nervous wreck is an understatement, after a super complicated pregnancy I gave birth to another boy in 2017, because we struggled we decided not to use birth control, I mean what was the point? Anyway I gave birth again in 2018, in January this year we decided to try again for our 4th and final, nope the universe was playing one sick joke on me, we struggled for 9 months to fall pregnant, I took a test and it was negative, that same day I made an appointment with my Dr to discuss what the hell was wrong with me, but the next day I decided to take another test just because, it was positive, while this pregnancy is still in the early stages I am hopeful that it will work out, oh please please let it work out, but my point is ladies, there is light and the end, your babies are waiting and I know it is hard for you to believe, trust me I didn't believe it myself! I am praying for each and every one of you! Much love to you all