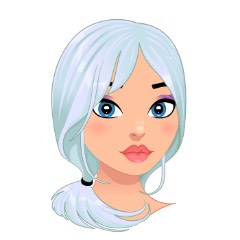 The myth about evaps - interesting article

rather long but VERY interesting post.
Roy Hopodopodopoli
28/01/2013 at 01:53
PM
Hello everyone I get really annoyed when I read all these articles and comments about 'evaporation lines' on home pregnancy tests, and especially, when such comments or articles are said to be written by so-called 'experts' or 'clinicians', and which seem to leave a large number of women with all sorts of doubts and anxieties about test-results. So I thought I would sit and write a few facts about various similar tests. I am a clinician and I also have much experience using various tests within laboratories or clinical settings. I have also been trained in the medical micro-biology (lab-testing).

The home pregnancy tests are 'assay' tests which rely on specific reactions between chemicals, to produce coloured lines. The 'control' lines of the home pregnancy tests are assayed areas which are designed to react with specific chemicals commonly found in urine, and which, when detected, react with the chemicals in the control-line assays (strips/areas) and turn them a certain colour (pink or blue depending on the test used). However, the 'pregnancy' assay (test -area/strip) is designed to change colour only if it comes into contact with the HCG hormone – the 'pregnancy' hormone. HCG is only produced when an egg has been fertilised. So then, if no conception has occurred, then no HCG will be produced by the body, and therefore, no HCG will ever be found in the urine.

Moving on... sometimes fertilisation occurs and HCG is produced for a while, but for some reason, the body detects that the pregnancy will not be successful (not 'viable') and the fertilised egg ceases to continue to divide and develop. So the pregnancy stops. However, until the pregnancy stops, the woman will still be producing HCG, and may well have some of the other 'usual' symptoms of pregnancy (though some women have absolutely no symptoms for a considerable period of time), and; although the pregnancy may have stopped almost as soon as it began; it may still take a couple weeks or so for all the HCG in the body to be disposed-of via the urinary system. Also, it may still take a couple weeks or so for the 'symptoms of pregnancy' to stop altogether. This process of fertilisation, followed by a very early termination is known as a 'chemical pregnancy', and many women can have these, whereby the woman is sure she is pregnant, but then she later has a period – even though a home pregnancy test might have shown a faint or clear line in the first couple weeks or so – and hence is why some women are left wondering why their period returned.

So then, back to home pregnancy tests ….. I have already said that the control lines react to molecules found within normal urine, and, when those molecules pass over those control-line areas (control 'assay' areas) then the molecules come into contact with other molecules within the control assay and they bind together. Indeed, they are attracted to each other by a process known as 'chemotaxis'. And on contact, two different molecules form a 'complex' which changes both it's shape and it's colour – hence the coloured control lines you see in the test areas. However, if the right molecules are not present in the urine, then no other molecules can bind to the control molecules – and no colouration will occur – so the test will be 'void' – and another test should be done.

However, in the event of carrying out a test – and the control lines change colour as they should, then the woman or couple is anxiously waiting (if they wish to have a baby that is) for the 'positive' or 'pregnancy' line to change colour too! And here is where we need to get onto the subject of the 'faint' lines and the 'evaporation' lines that people keep talking about. Going back to the test-strip; the 'pregnancy' line contains different molecules to the molecules of the 'control' lines; and the molecules in the pregnancy line/strip (the pregnancy test-assay) will only react – and change colour – in the presence of one other molecule; and that is the HCG hormone. No other molecule or hormone will cause it to change colour.
Changing the subject slightly, if we take a pure white tissue and add one drop of water onto it, the area of the tissue containing the water will now have turned slightly 'grey' – because it's wet. But it wont turn pink or blue. So if we carry out a home pregnancy test and the control lines are pink or blue (depending on the test you use), but the 'pregnancy' strip remains white or slightly grey – even hours after the test – then there has been no HCG detected in the urine, to mix with the pregnancy-strip molecules and to make them change colour (which is what you will be hoping for). So if the strip remains white or slightly grey – no matter how many hours or days after you did the test - then the strip is simply wet from the urine, but it does not contain any HCG. So, either you are not pregnant, or, if your period has stopped, then you may still be pregnant but your HCG is so low that it cannot yet be detected by the test.
However, if you do a test and you get the faintest coloured line in the 'pregnancy' test-strip/assay area on the test, then HCG has definitely been detected. If it's faint, then HCG is present in very low concentration, and if it is a dark coloured line, then the concentration of HCG is higher. But whatever the concentrations, provided you get a colour in he 'pregnancy' area 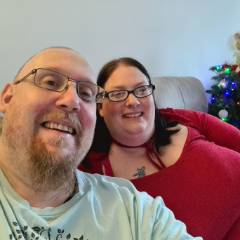 This is very interesting to know. Thank you for sharing. 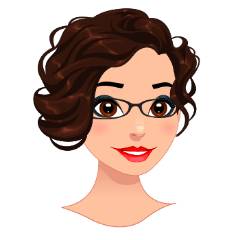 This is inacurate on at least two counts:
First hcg is present in low quantity in a woman blood or urine at all point of point, even she is not pregnant.

The chemicals in a pregnancy test do not react exclusively to hcg.
Given enough time, they will oxydate in presence or air. This reaction may induce a color change. For this reason, a test can only be interpreted within the time frame indicated on its box.