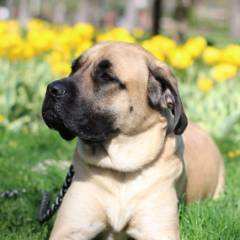 How's it going, ladies? Ok, gotta rant! It's not about MIL either! Whaaaaaaat! Yup, true story. MIL is not in this entry!

Ok, so my oldest is 16. He's always been very smart, and one of the politest kids u'll ever meet. I used to get non-stop compliments on his manners. They were an automatic response, he didn't even know he was using them half the time. Please, thank u, and sorry..all the time. So all is well from the age of 2 til 15. He starts grade 11 last September, and slowly my polite boy starts testing the waters. It started with mutters under the breath while walking away, then it was mutters while standing in front of u, then outright yapping off. He's getting mouthy, but he only pushes it til he sees I'm about to lose my shit, then he backs down, fast! This brings us to school. Last week the VP called me to talk about his attendance. He's late for every class, every day. He leaves here at 20 to 9, it's a 5 min walk...he should not be late! He asks to use the washroom and comes back 25 mins later. He started staying at school for lunch about 2 wks ago, said he's hanging with friends. I find out from the VP that he's been in detention everyday for the last 2wks, and he doesn't seem to mind being there. They can't get through to him so if he's late again, he's suspended. Ok, fair enough, I'm not gonna defend him, he fucked up so he can suffer the consequences of his actions. He got home from school and gained 2 new assholes that day. Computer and Xbox were taken away and he was forbidden from using his phone to text etc...music only! I can track all that so I know he didn't break that rule.

So, he makes it to every class on time, great! Then yesterday I get a voicemail from the principal, to call back immediately!! Ugh! So, Kenny, my once polite boy, has been yapping off to teachers and the principal. They have been asking him several times to take his hat off, no hats in school! He starts chirping off that it's a stupid rule blah blah blah! He waits til they walk away and puts it back on. He has also been caught everyday for the last week, sitting in the loft at lunch, with friends, gambling! Teachers have calmly explained that this isn't allowed at school but they keep doing it. Then yesterday the principal caught them, so he pipes up and says that it's not written in the code of conduct. This stumped the prinicpal, but she still insisted they stop and he went to the office. Long story short, he was sent home early yesterday and is suspended today!

He walked in the door like it was no big deal, and I tore that little shit a new asshole. He yapped off about his hat, I took it and threw it in the garbage. I bought that hat, it's mine, not his! He then muttered something under his breath that he wasn't brave enough to repeat. Then when I brought up the gambling, he took on some stupid-ass stance and tried the code of conduct shit with me, like *he* was gonna teach me a lesson. I then told him to get that fucking hand off his hip and listen up cuz I'm not some kid at school that he can lip off to. Gambling doesn't need to be in the school rule book, becuz IT'S A FUCKING LAW! He stood there baffled (and slightly scared)! I am in complete shock with what he did. I've never felt so humiliated or apologized so many times for my child's behaviour. He wasn't raised that way. My kids learn manners from the start, and they are enforced! I will not have a rude, self-entitled kid in my house. Idk what to do with him. He won't tell me the names of his friends. He says nothing's wrong yet clearly something is up. Ppl don't change to the opposite of what they were, that fast. Idk. For the first time in my life, I'm ashamed of his behaviour. I almost consider it an insult becuz I was the one who raised him (primarily, dad works/traveled a lot)...I thought I did good...til now!

we are literally going through a similar situation with Jake who just turned 15 in December- having a tough time with him at the moment. totally different child. I totally empathize with you. I HATE TEENAGERS lol

I wish they could skip the teenage phase. He's pushing to see how far we'll let him go...I'll fucking send him to his grandparents. Keep pushing, smartass!

Wow, this is crazy. Kinda sounds like my youngest brother though. If it's any consolation, he's the sweetest, most kind and considerate guy now, so there's still hope. It sounds like he just found the wrong set of friends or something. I hope you can scare it out of him soon.

So far, he's deeply regretting his life choices lol! He's been stuck in his room all day, with the exception to grab food/drinks and pee. He's been doing math work. Work that's not even something to be handed in. He has no TV, no computer, no phone and his clock radio radio doesn't work, so it's dead silent. He told me today that he gets it...I'm a non-believer, so he will do this again tomorrow. On Monday, he will leave for school at 25 to 9 and go apologize to the principal and the teachers he disrespected. It will be a sincere apology and he will lay zero blame on anyone but himself. He is responsible for his own actions!! I know I sound like an asshole, but I refuse to send a little jerk out into this world. He better wake the fuck up, mama's not happy! =))

Ha ha, you sound like my mom! But all three of us turned out to be sober, responsible, productive members of society. You go momma! Sounds like you're doing a great job. It's a phase. He'll figure it out and with his good upbringing, he'll turn out to be a good man. :) 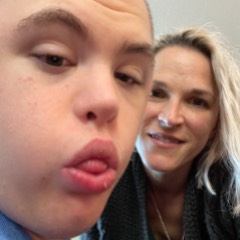 You don't sound like an asshole to me, better straighten them out now, you're doing your job and I agree with you on the entitlement thing....too much of that shit out there as it is.
Boy, Im not looking forward to the teenage years...I was one once, I don't want my turds doing half the shit hubby or I did, ugh... 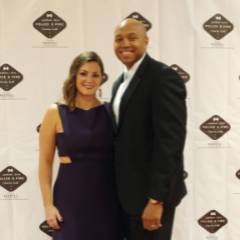 I commend you for doing what you're doing. A lot of parents think their kids are perfect and coddle them too much. Hopefully he gets the message and sticks with shaping up! My kids are babies and I'm already dreading the teenage years.

Thanks, ladies!
Renae, ur mama did a great job. U turned out swell! =))
Angela, up until now, the teenage years have been ok for us. He just got on the wrong track...I think it's still fixable. We were bad teens too! I wasn't rude or yappy to adults, I just drank and partied a lot. Hubs was the same...we thought we got off easy cuz our kid isn't out drunk on wknds. He'd rather stay in...punishment would be making him go out lol! Ok maybe not *that* bad!
Erica, u hit the nail on the head. I will defend my children 110% where it is needed, but in this case, he isn't the victim and I don't condone that behaviour. I invited him to come downstairs and chill with his family yesterday, he didn't want to cuz "dad hates me". He doesn't get that us getting mad, doesn't mean we hate him. I explained it to him and told him he needs to worry when we stop getting mad, cuz that means we don't give a fuck anymore. We'll see how Monday goes.

You don't sound like an asshole at all, he is very lucky to have a mum like you. He will thank you later for it. 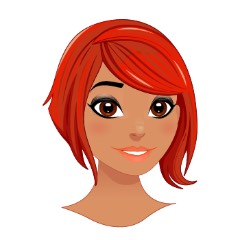 Hang in there. He will one day appreciate your efforts. Aounds like he is trying to impress someone...maybe a girl. Kids make dumb decisions at times, but if he did great for 15 years, he will come back around. Prayers to you and your family. Hugs