If there was a way to depersonalize a miscarriage, labeling it as a chemical pregnancy is the way to do it. Making the event sound more like something that happens in a test tube than inside your body; more science and less human nature. But the fact is, chemical pregnancies happen a lot and are as heartbreaking and emotional as any other miscarriage. What makes them different? Most women would have had no idea they were even pregnant without an "early result" pregnancy test. 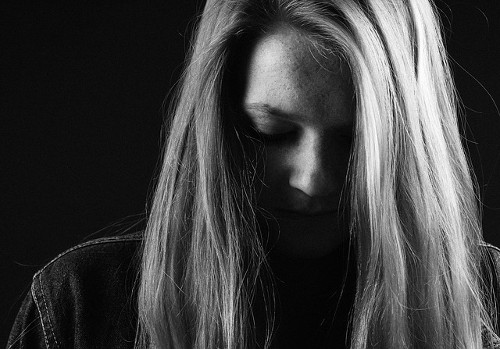 A chemical pregnancy is a pregnancy that terminates soon after the egg and sperm join. If you remember your anatomy and physiology, you know that an egg and sperm join together in the fallopian tubes and over the course of a few days the fertilized egg floats down to the uterus where it will tap into the blood-rich lining for growth. Eggs that implant will usually grow into a baby and you will miss your period as your body hangs on to the necessary nutrients to support the pregnancy. If the egg is unable to implant, or implants but is empty, your body will eventually recognize that things are not going as planned and will trigger a period to remove the empty sac and tissue from your body.

While there are many points during the first few weeks of a pregnancy that something can go wrong and a miscarriage can happen, a chemical pregnancy is the earliest type of miscarriage. Because the hormones that are responsible for the two pink lines on your pregnancy test can only be produced when the egg meets the uterine lining, the fertilized egg has to implant to some degree for you to even get a positive test. Most eggs implant about a week or so before you would miss your period and that's why early result pregnancy tests have become so popular; detecting the pregnancy hormone within a couple of days of implantation. For chemical pregnancies, hormone levels will be low at best - resulting in a line so faint you'll want to pee on another stick just to be sure. Your pregnancy will also be so early (about 5 to 6 weeks from your last period) that an ultrasound probably won't be able to pick up anything at all.

It is estimated that over half of all known pregnancies end in a miscarriage and chemical pregnancies are an incredibly common part of that 50%. For many women, chemical pregnancies would never even be realized without early testing. Usually just being a few days late on your period and then having a heavier than usual cycle is the only symptom and most women never know. Unless you have a reason to test early and often, you would probably just think your period was a bit "off" that month.

How is a chemical pregnancy diagnosed?

A chemical pregnancy is usually diagnosed through blood work. By taking a look at your pregnancy hormone (hCG) levels your doctor will be able to see that they are very low and not doubling every other day as they should. As levels get lower, your body will eventually signal the start of your period.

There are a lot of theories about why some pregnancies end this way. Usually genetic issues are to blame. Sometimes there can be some physical or structural problems in mom's body that can also influence it (ie: thin uterine wall, fibroids or infections). Low progesterone levels are very common and your doctor may want to do some blood work if you have had several chemical pregnancies to help you find a cause. But if you have had just one, there probably won't be a reason. It just happens. And no, you didn't do anything to cause it and you can't do anything to prevent it. It wasn't the drink you had two nights ago or the cigarette you smoked - in fact, research has shown that the fertilized egg is actually resistant to many outside chemicals until it implants in the uterus so there was probably nothing to be done.

Having one chemical pregnancy probably won't impact your ability to conceive again. In fact, many women start trying again the next month - but it's best to wait at least one cycle (some doctors say three cycles) before trying again.

The grief is real

Even if you never saw the tiny flutter of your baby's heart, felt a kick or were able to see your belly grow, you were still pregnant. You felt the momentary excitement and fear and began building your idea of how your baby would look. And when you lose your baby, no matter how small, that grief is still real. If you can, find a support group in your area for women who have had a miscarriage - or find a group online to join up with. In some cases it just means a lot to know that you aren't alone and that someone else has been where you are. Plant a flower in memory of your baby, start a journal for your feelings or lean on friends and family until you feel ready to try again.

All this talk might leave you wondering if having an early pregnancy test is such a good idea. The truth is many women could be saved from the heart ache and false hope of pregnancy if they didn't know so early. Being able to test "four days before your missed period" might be helpful for some people but during this time your body is pretty much on auto pilot. There's nothing you can do to support or stop the process until the egg begins to implant. So does it do any good to know? You be the judge and do what's right for you.