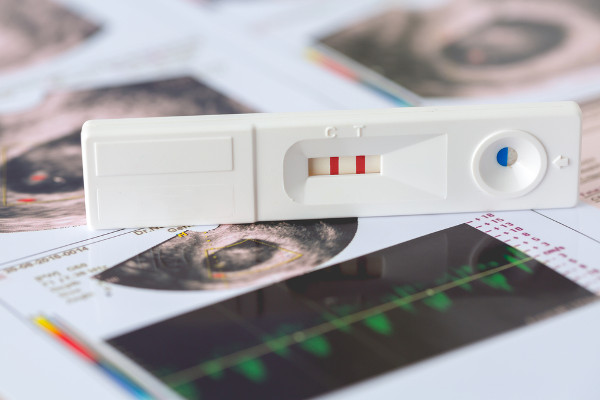 Once implanted, the blastocyst will begin receiving nourishment directly from cells in the lining of the uterus and it will divide into 2 parts. The inner part, now called the embryo, will become your baby. The outer part will become the placenta, which will nourish and provide oxygen to your baby, as well as remove waste from the bloodstream. Once implanted the part that will become the placenta begins to produce hCG (Human Chorionic Gonadotropin). This hormone, once it reaches detectable levels, is the hormone that is picked up in the urine and bloodstream of the mother to give a positive pregnancy test result.

At this stage, the embryo is made up of 3 layers - the ectoderm, the mesoderm and the endoderm. Each layer will grow and develop to become different parts of your baby.

Endoderm - the innermost layer becomes the digestive system and respiratory system as well as the pancreas, liver and bladder.

Mesoderm - the middle layer becomes the skeletal system and circulatory system, as well as the muscles, genitals and kidneys.

Ectoderm - the outermost layer becomes the nervous system and brain, as well as the skin, eyes and hair.

Growth at this stage is so rapid that just 10 days after implantation is complete the baby's heart will begin to beat. Although you likely won't be able to hear it at the doctor's office for several more weeks. Rapid growth and changes occur at this time and by the end of the first 6 weeks your baby's basic form is taking shape, their heart is pumping blood and tiny nubs that will form arms and legs are growing.

It is estimated that between 10 and 25 percent of pregnancies (around 1 in 4) are lost before 20 weeks and ~80% of those occur before 12 weeks. Up to 70 percent of these miscarriages are due to chromosomal or structural defects that prevent the embryo from developing properly.

A very early pregnancy loss before a heartbeat can be seen on ultrasound (before the 5th week gestation) is called a chemical pregnancy. Often women are not even aware that they were pregnant, as the loss can occur before their period is due to begin.

A missed miscarriage occurs when the embryo stops developing, or does not develop at all, but the woman's body fails to recognize the loss, and does not expel the pregnancy tissue. Most women find out at a doctor's visit when they are told the pregnancy sac is empty or the embryo has no heartbeat.

If the fertilized egg implants, but the embryo does not develop, this is known as a blighted ovum (also called an early pregnancy failure). Because the gestational sac and placenta begin to form and produce hCG, you may get a positive pregnancy test and experience the symptoms of pregnancy, but no embryo is forming.