Hey all you cool cats and kittens!

sorry I had to, anyways...IF YOU ARE LIKE ME AND HAVE WONDERED WHERE THE FUCK YOUR PERIOD HAS BEEN AND ARE A FIRST TIME MOTHER BREASTFEEDING THEIR BABY THEN THIS BLOG/JOURNAL IS FOR YOU. If not and you read it anyways thank you!

HI EVERYONE, mommy of 3 coming to you today with some information I learned about breastfeeding and ovulaion. I was always told that breastfeeding could be away of birth control among other amazing things it could do. So I had our youngest in July, we had a chemical pregnancy in October, So me and my fiancé both agreed I should be put on birth control just in case. So from October through January I had birth control. in January I had to go from Fulltime to PRN at my job, so I lost my insurance so my birth control patches were no longer $7 instead they were 250 some dollars, hard pass I have mouths to feed. So my last period was January 16th. I have taken 30 some pregnancy tests since then. Some of them came out as very faint positives. I chalked my irregular period or lack of periods to my PCOS. For the last few months I have been having slight cramping like what you get before or during your period. usually I go 3-4 months without a period when I am experiencing irrregular periods.

anyways, now for a little TMI, Sorry not sorry we are all adults here, so last night while having some very much needed sexy time with my Fiance' I noticed his beard had this eggwhite Cervical mucus. I went to wipe it away and it was pretty stretchy, I didn't think anything about it while in the moment. I was enjoying myself way to much at the time. well after everything was done, I couldn't fall asleep because all I could think about was the cervical mucus I had wiped off his face. gross I know. Also you would think after having three kids I would know my body and it's cervical mucus during it's stages...WRONG it has been a long time since I had a NORMAL functioning period, OK 4 months isn't that long but it is when you have 3 kids and a busy life. I don't have time to keep track of these things.

Anyways so this morning I start researching and come across this great website https://kellymom.com/ages/older-infant/fertility/

So while reading I realized that we have done a few things like stopped abruptly breastfeeding at night because we have finallly transitioned archer from sleeping with us at night and instead in his crib. We still breastfeed through the day and during nap time.

I also read that your body can START having menstrational like cramps sometimes WEEKS AND EVEN MONTHS before you actually have a period it is your body gearing up for your period to return to your body...ok GREAT my body has been having these things for a few weeks now.

ALSO YOU CAN OVULATE BEFORE YOUR PERIOD....GREAT. or you could be lucky and have a few periods before your body actually starts ovulating (fingers crossed that is what my body will do.)

among other amazing facts that I will let you read.

So instead of it being PCOS it has been breastfeeding all along that has kept my periods at bay. We are going on 11 months and I have honestly enjoyed this lovely journey. YES I AM A LITTLE FREAKED OUT THAT MY BODY COULD POTENTIALLY BE OVULATATING, but that is OK if I do end up pregnant we will love this baby just like our other 3 precious crotch goblins. we just should have used the condoms I bought awhile ago instead of letting them sit in the nightstand drawer collecting dust. 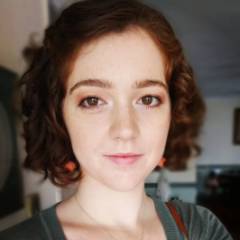 Oh goodness, it's scary that most women don't know this stuff! This is one of the major reasons I am against artificial birth control - I think women should be taking charge of their own fertility instead of relying on a patch or a pill or other outside intervention. We have only ever used fertility awareness methods, never hormonal or barrier BC, so I've always had to be educated about all things fertility and aware of what my body is doing. It's something my mum started teaching me when I started having periods! They should be teaching this in sex ed. If you can't afford BC and are going to need to use FAM, I am very happy to send you some links to helpful resources! The best thing you can do for yourself is get a wearable bbt thermometer like tempdrop or the Ava bracelet. Much more accurate, and less work than oral temping and no having to wake up at a specific time each day. With an accurate temp shift to confirm you have indeed ovulated, you can know exactly when your safe infertile days have begun and resume sexytimes! It's going to mean a lot of abstinence (or barrier use since mentioned condoms) before that first period. I had so many patches of ewcm before my periods returned after my son was born, and you need to wait for a couple days after your mucus drys up or returns to it's basic infertile pattern before you can safely resume unprotected sex.

I have only been on birth control three times for very short amounts. The first time was after I had my son aidan and I got back together with his dad and he said he didnt want anymore children and demanded I get on birth control. So I did just for the sake of our relationship just for him to leave me 2 weeks later. So I stayed on my birth control patch for a couple more months then I went off it again. Then again when I was seeing a guy who I knew I really didnt want a kid with, I just was seeing him to fill the void. Then i met my fiance and changed insurance and didnt realize we had to do mail order prescriptions and that was a headache alone. So by the time I got that finally taken care after 4 calls to try and get it taken care of and promised oh yeah we will get that prescription from your provider by 3 different people. Finally the 4th one was like we dont do that and hangs up on me. So I called my provider because I was tired of dealing with my insurance they finally get it taken care of, well we found out I was pregnant before then. Then after he was born we went back on birth control. This is the first time I actually got to breast feed so I honestly didn't know that much about what it could do to my periods and ovulation, and on top of that having irregular periods. My periods were somewhat regular after my daughter. They were regular after my son but that was because of my birth control and I lost a lot of weight. This breastfeeding journey has been by far one of my best experiences and I really wish I would have been able to do it with my last two.

I didnt know about a bracelet that could track your temperature! I tried taking my own but that lasted about 5 days and then I was over it! I will have to look into it!