I got my BFP but low HCG

Backstory because I haven't updated in forever. Due to the 'rona, my fertility treatment was put on hold. I was able to do one cycle of clomid with the trigger shot and one without it because on the day I was supposed to go for my scan, sh*t hit the fan and everything was shut down. AF came and I figured that was it for a few months. I didn't use OPKs. I barely temped because my sleep has been jacked. I mean, we still DTD because

but it was for funsies

I checked out from TTC because I figured it was highly unlikely anything would happen until fertility treatments started back up. My plan was to be rested and in a good mindset to dive back in when we could.

That said, I still tested all last week with FMU as I waited for the telltale bleeding to start. Each was negative, and I wasn't surprised.

On Friday evening(CD35), I noticed how tender my breasts were. I'd already gotten a negative pregmate that AM but I took the last FRER I had sitting around. There was such a faint line, I chalked it up to being an indent. I know FRER has had nasty ones lately.

Then on Saturday AM(CD36) I took another pregmate and there was a light line, but it was there. I had to do a Target pickup, so I added FRER and Digitals on. That afternoon, my digital was negative but the FRER was there and a bit darker than the day before.

Sunday early AM(CD37) FMU's FRER was liiiiiiight. Like, non-existent. But the pregmate was darker. I held for four hours and took a FRER again, and it was darker. Phew. Sunday afternoon I took a digital and it said Pregnant! Yay.

I went for a BCHG lab on Monday morning, which was an experience with the virus hoopla. A nurse from my fertility center called that afternoon to say that my BCHG was only 33. Loooooow based on my cycle start date. I am hopeful that it is just early and I ovulated late. After all, I didn't even get my first BFP until CD36, and I was checking. There is a chance that, like the last two times, it will be a chemical pregnancy, but I hope not. I go for more labs tomorrow AM, so

they double. I'm attaching a pic of my pregmate progression. In November, my tests never got darker which was how I knew something was wrong. In January, I didn't even know I was pregnant until it was already over, so that doesn't tell me much.

I am trying to stay optimistic while also staying cautious while also not getting ahead of myself. Easy, right? 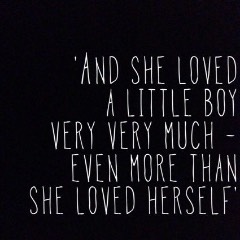