Not sure where to begin or what to believe.
Babes and I just uprooted our whole lives from Sunny California to Rainy Oregon and I cannot wrap my head around what I'm seeing in this photo..

We are not trying but also not preventing.
Babes does pull out but we sometimes go immediately for round two after he finishes so I mean, there could be a chance... but we've been doing this for almost 3 years now and never has it resulted in anything.

We've been in Oregon now for about 2 weeks in our lovely home and It wasn't until last week that I started feeling "off."
I remember it being 7PM and my body HURT. My joints were achy and felt almost swollen and tender, kind of like when you're coming down with a flu and touch is painful for you.. that's how I've been feeling this past 7 days!! I feel great in the morning, I don't have body aches until the afternoon around 5-9PM.
I've also been VERY emotional. I cried over breakfast the other day because I elderly dog was running through the tricks we taught him all by himself. He was doing "give me paw" and I happen to catch him doing it and I bawled. It was the cutest thing ever lol
Then yesterday, we were unpacking our spare guest bedroom and he brought the cremated remains of his old dog, Angel. I opened the box and there was a clay imprint of her sweet little paw and I just about lost my mind. I ugly cried. Mind you, I NEVER MET THE DOG.

I've complained to my bf and he's joked that I'm pregnant but I always brushed it off. He's asked me to take a test three times now and again, I brushed him off because there's NO WAY, right??!!!

Anyways, I remember last night, we were in bed watching tv and I turned to look at him and I was suddenly spinning! I felt so dizzy and all I did was look over at him. That was weird.

Then this morning, I went grocery shopping and I was fine, and then I felt wrecked again once I got home and my entire body was in pain and aching and then I got nauseous but I figured it was because it was 4pm and I had yet to eat a meal.

so we ate. He want to work and I've felt sick to my tummy(no vomiting) since.
I took a bath and could not shake the urge to take a test.
Luckily I had one test left in the night stand so I took it.

I peed in a cup, dipped it, held it in and placed it on the counter. walked away and came back to it and I saw nothing.
I was about to throw it away until I saw it in the kitchen light... my heart dropped.

I was squinting, twisting and turning, standing on a chair to get closer to the light, using my flash light on my phone.. EVERYTHING.
I see a VFL. Idk what to think!

Are my eyes playing tricks on me?
Not sure when I ovulated as we weren't TTC and I wasn't keeping track my periods are also irregular..
My app says I'm 1 day late but I can be anywhere from 30-40 days.

Please tell me you guys see it too?! 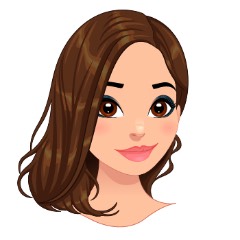 Hi there! I can see the line too. Congratulations!
Tbh reading your post and following all this symptoms I believed that I would see a very visible second line since they say that hcg hormone doubles every 24-48 hours and since is the one which is responsible for giving pregnancy symptoms, having them started 7 days before you test, a squinter was unexpected.
I’m always fascinated though on how every woman’s body reacts and how every lady is different! Thank you for sharing your whole story and symptoms. Hopefully you’ll be getting blazing positives in the next few days!
I wish you a happy and healthy pregnancy 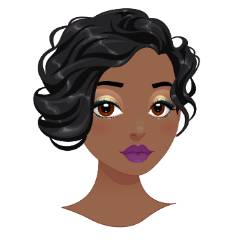 @mcp Hi! Pretty sure I see a line! And echoing Alex, you should retest in a couple of days.

Also, do you have a picture that looks straight down at the test? With the angle, it's a bit hard to see. You can also put the test in the gallery, and the ladies here can tweak the pic and vote on it for you, if you want.

Best wishes on your journey!